The castle was built by Franks and was named Clermont, which became Chlemoutsi in Greek. Later was named Tornese, because it was believed that in the castle was the famous Frankish mint of Tornesian coins. You can learn more about Chlemoutsi Castle by clicking Here

Ilida was inhabited since prehistoric times. It was placed next to ancient Olympia and in the Mycenaean era it became an independent kingdom, one of the most important cities of Ilia. Its inhabitants were called Epoi and participated in the Trojan War, under the leadership of Polyxenos. You can learn more by clicking Here 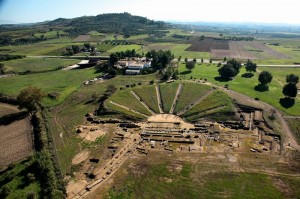 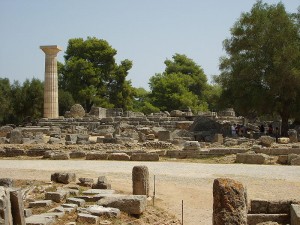 Olympia, was city of ancient Greece in Ilia, known as the venue of the Olympic Games in classical times, comparable in importance to the Pythia that was held in Delphi. In Olympia was the statue of Zeus, a work of Pheidias, which was known in antiquity as one of the seven wonders of the world. The starting point of the Olympic Games dates back to 776 BC. and was every four years. In 394 AD the Byzantine Emperor Theodosius I forbade their execution because they were considered pagan. You can find more infos Here

Ιn ancient spas, there were sanctuaries of Asclepius, Aphrodite during Antiquity. A hydrotherapy facility was there during Antiquity in Roman times and later, as evidenced by the surviving ruins of Roman Baths. Find more infos Here 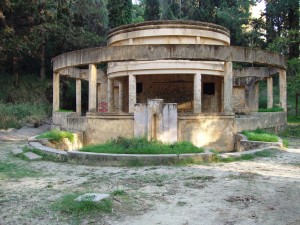